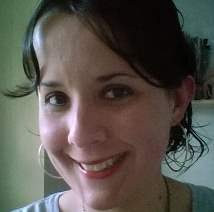 Conversational design for chatbots: the evolution of technical communicators’ roles

In this presentation, we’ll explain that in the development of chatbots, technical communicators have evolved from writing documentation – sometimes seen as an observing role -, to being active participants.

The role of technical communicators in the development of conversational interfaces is an essential one: once dominated by GUIs (Graphical User Interfaces), software is moving on towards conversation-based applications.

Based on intelligent automation, conversational interfaces (chatbots) are widespread due to their ability to interact with smart devices and systems using natural language. These interfaces are built into messaging bots — simple, text-based chatbot-like agents that allow users to access information, use services or be entertained across a wide variety of platforms.

Chatbots come naturally to current users, who were raised with communication devices. People expect to download an application, and begin working with it, within minutes. This is true for everyday tasks as well as in enterprises.