All the speakers of this edition on line soon

Stay tuned to be informed 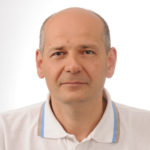 Antonio Aga Rossi is a Principal Solutions Architect in Amazon Web Services. His purpose is to boost innovation and transformation of large and small companies by cloud and other digital tools. In over 20 years of career in companies like HP and GE Antonio has carried out several projects aimed at the introduction of new Storage, Computing, Networking, Voip and cloud technologies. Thanks to the above Antonio has allowed companies to be more agile in their Business models and save significant percentages of their IT budget. In AWS his job is to bring his experience to the service of AWS customers in order to accelerate business changes. Antonio lives in Florence with his family and dedicates his free time to the emergency services of the city of Impruneta. 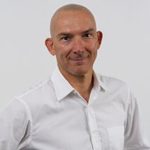 Fabrice Lacroix founded Antidot in 1999 and Fluid Topics in 2013.

As an entrepreneur, he has been working for 25 years on the development of the Internet and of the Web through several major companies. During the early years of the internet boom, he launched Infonie, the first publicly traded French ISP and founded Zonejeux.com, an online gaming platform, before tackling with Antidot the vast challenge of information mapping and retrieval through advanced mathematical algorithms.

A developer and mathematician at heart, Fabrice has a profound ability to understand market needs and trends and to execute on a vision, building a global and successful company. Fabrice is a board member of several companies where he advises on innovation and the evolution of the software industry.

Fabrice is a graduate from ENSIMAG in Grenoble, France and holds a Master’s Degree in Computer Science from Imperial College London. Klaus-Dirk Schmitz is Professor Emeritus at Technische Hochschule Köln – TH Köln (University of Applied Sciences) in Germany. His research activities focus on terminology theory and terminology management as wells as on software localization and computer tools for translators. Numerous articles and books where he acts as author, co-author and editor show his excellent expertise in these fields. Prof. Schmitz has also taken a leadership role in national and international forums e.g. as president of the International Information Centre for Terminology Infoterm (2001-2009), vice-president of the German Terminology Association and the International Terminology Network TermNet, chairman of the German Standards Committee on Terminology and member of several advisory boards. 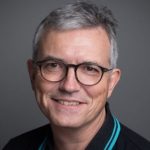 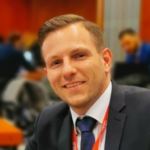 Martin Rieder is an industrial engineer, technical writer and managing director of CAVEO Safety Management & Documentation. He and his team support and advise companies worldwide on the topics of technical safety, employees protection and technical documentation, standards and guidelines. By working closely with specialized lawyers and regulatory authorities, Martin offers the highest level of expertise in product safety, product liability and product recall issues. He is board member of tekom Austria and tekom Europe, as well as expert member in the Advisory Board Legislation and Standards of tekom Europe. As an expert member of several national and international standardization committees (ISO TC 199 WG 5; ONK 031, 052, 239; OVE TSK H31, DKE GUK 113.1.1) he forces the development of international standards for product safety and technical documentation. As a lecturer and author in professional publications, he passes on his knowledge. His experience with the requirements of the most important international markets distinguishes him. Martin likes to point out experiences from good and bad projects and explains the several and different circumstances. In the analysis of accidents, he investigates causes that have sometimes had fatal consequences. This also includes inadequate information of use. 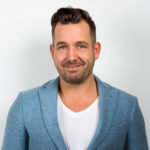 Ferry Vermeulen is director at INSTRKTIV GmbH. Ferry is a member of the tekom Europe...

Ferry is a member of the tekom Europe Advisory Board for Legislation and Standard and speaks frequently at international conferences.

His blog is read by over 15k people each month.

Read more about the new 82079 and 20607 standards in his latest blog posts, or listen to his techcomm podcast on Spotify. 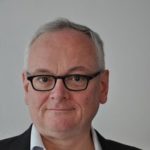 Michael Fritz holds a PhD in media sciences and a degree...

Michael Fritz holds a PhD in media sciences and a degree in business administration and specializes in marketing. He worked for several associations, e.g. as head of an institute for lifelong learning. Since 1996 he is Chief Executive Officer (CEO) of Gesellschaft für Technische Kommunikation – tekom Deutschland e.V. and since 2013 also CEO of Europe’s largest association for technical communication – tekom Europe. He is also CEO of tcworld GmbH, a company providing services for tekom / tekom Europe. 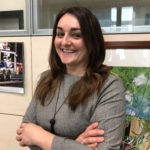 Laura studied Philosophy of Science and gained her PhD in Metrology from Politecnico di Torino...

Laura studied Philosophy of Science and gained her PhD in Metrology from Politecnico di Torino.

Her field of specialization is metrology of human perception, sensory and perceived quality research with expertise in design and implementation of subjective assessments as well as quantitative and qualitative data analysis.

In Altran since 2014, she joined the Engineering Excellence and Advanced Manufacturing Competence Centres as responsible for the topics of metrology, quality, human factors and ergonomics. 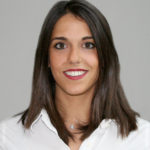 DIGITAL INNOVATION OBSERVATORY IN SMEs OF THE POLITECNICO DI MILANO

The Digital Innovation Observatory in SMEs of the Politecnico di Milano was established in 2017...

The Digital Innovation Observatory in SMEs of the Politecnico di Milano was established in 2017 in order to investigate the digital maturity status of the over 200 thousand Small and Medium Enterprises in Italy. The SMEs, which have a number of employees between 10 and 249 and an annual turnover of no more than 50 million euros, are 4.9% of the total companies in Italy. They cover 41% of the entire turnover generated in Italy, 33% of all private sector employees and 38% of the country’s added value. An economically important sector, which currently faces the issue of digital transformation.

In an increasingly interconnected market, digital technologies and innovations decisively contribute to the success of these high-growth companies.

The aim of the Observatory is to provide an in-depth and statistically representative view of the digital adoption and use.

All the speakers of COMtecnica Conference 2020 on line soon