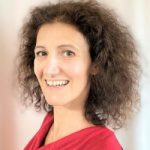 Nadezhda Krasteva-Schaefer was born in Sofia, Bulgaria, in 1977.

Nadezhda was a legal adviser in the Ministry of Energy in Bulgaria from 2004 to 2005 and a trainee in the German Parliament (Bundestag) and the European Commission from 2005 to 2006.

Nadezhda was also a honorary lecturer in the Institute for German and European Law at Sofia University, Faculty of Law (2006-2007).

Nadezhda worked as a translator, terminologist and Policy Sector Correspondent in the European Parliament (2007-2021).

Since May 2021 Nadezhda has been working as linguist-terminologist in the Terminology Coordination Unit, Directorate-General for Translation, European Parliament.